UVP-DUO is Met-Flow’s fifth generation of instrument, it is the most precise, reliable and flexible UVP profiler to date.

Its large measuring ranges at high resolutions, its multiple inputs to connect up to 20 transducers, while being operated by a standard PC through a computer network, makes it the most versatile UVP instrument found on the market to date, covering a wide range of applications from small-scale laboratory experiments to outdoor field measurements.

First released in the early years 2000 as an IoT instrument ahead of its time, we have kept on developing various versions to date, continuously enhancing its hardware and updating its software. Some early users still use their UVP-DUO’s with full satisfaction, with nearly no service required besides the software updates we provide.

Connection
Following four generations of stand-alone UVP instruments with included controlling PC, the original concept of UVP-DUO is to separate both measuring part and user interface, to avoid fast obsolescence of the latter. UVP-DUO can be considered as a measurement server, controlled remotely by a standard PC connected on the same computer network, via TCP/IP.
This gives more flexibility to the user, using existing network and computer facilities, placing UVP-DUO as close as possible to the measurement location, while controlling it either nearby, from a control room or from the one’s office.

Integrated multiplexer
Originally proposed as an option, we decided to integrate a 20 channels multiplexer into UVP-DUO to attach up to 20 transducers, to give the users more flexibility to address their experiment. Indeed it enables easy adaptation of one’s UVP setup over time, just by purchasing additional transducers when actually needed, avoiding costly hardware modification.

Multiple emitting frequencies
UVP-DUO can operate transducers in a wide emitting frequency range, from 0,5 MHz to 8 MHz, to cover a large field of applications. Low frequencies are used for large velocities and distances while high frequencies are utilized for their high spatial and velocity resolutions.
Then one single instrument can be used for various studies, and even exchanged between users of different labs, possibly just changing the type of transducer. 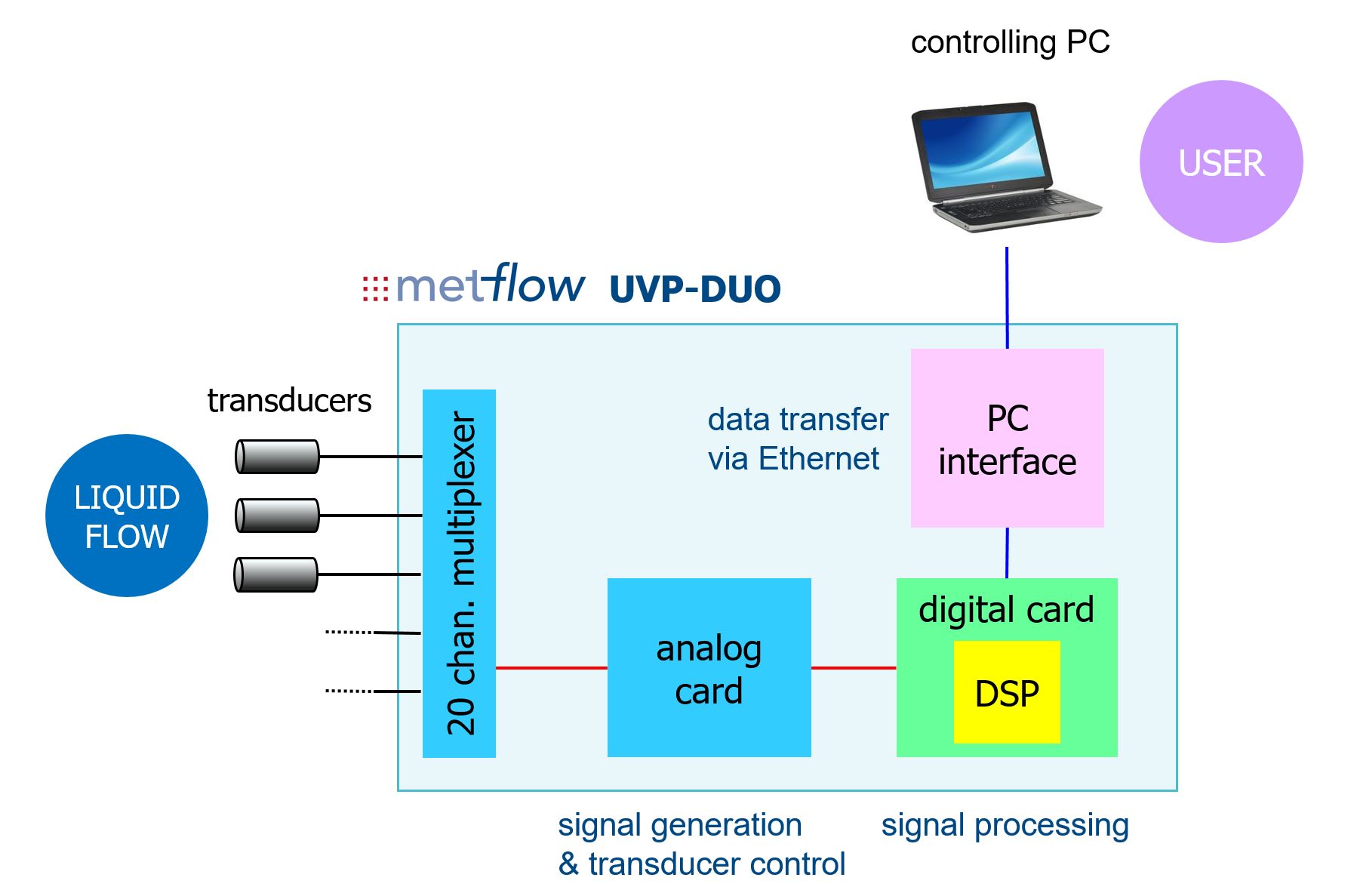 Measurement ranges depends essentially on the following aspects of the UVP method:

More information about the above concepts in our FAQ page…

Please find hereafter typical measurement ranges taking into account the above mentioned aspects, with water as the reference measured liquid:

Velocity range Vrange: is the maximum velocity range UVP method can measure, for a given PRF (pulse repetition frequency) or corresponding distance range Pmax, constrained by the above mentioned Nyquist limit.
When velocity is measured with sign detection, velocity range becomes [-Vrange/2 ; +Vrange/2].

Spatial resolution: corresponds to “channel width”, here calculated for an emitted US pulse with a length of 4 cycles, in water.

Time resolution: is given for 32 repetitions of US pulse emission.

More details in our Applications section…

(1) Increasing number of emitted cycles improves signal quality but decreases longitudinal resolution.
(2) Pulse repetition frequency is defined by the set maximum measurable depth, namely by the travelling time of the ultrasonic signal from the transducer to the furthest point and return.
(3) The least possible number of waves in a pulse is two. Longitudinal spatial resolution depends on ultrasonic frequency (wavelength) and also on the performances of the used transducer.
(4) For ultrasonic beam divergence values please refer to the UVP transducers specifications.
(5) Sampling time depends both on the travelling time of the ultrasonic signal to the maximum depth point and return, and on the number of emission repetitions. 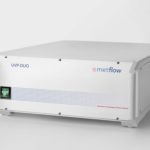 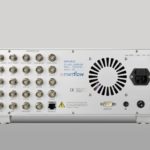 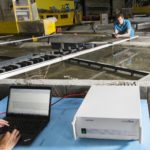 What can we help you with?